International competition in the context of UN-HABITAT III Conference

Over the last 30 years the policies and the process of construction in urban manage-ment in Tehran, has been in such a way that has converted the social and environ-mental edges into boundaries. Tehran’s Highways, Canalized Rivers, and Military Land Ownership, as well as Municipal Regulation, are factors that destroy social and ecological borders of the city and create boundaries.

During the recent years, Tehran’s seven rivers were canalized for flood prevention, these concrete canals cause a restriction for water infiltration and inaccessibility to water.

Tehran’s Green meeting Blue concept’s values are connectivity, diversity, and attrac-tiveness which indicate a connection between the river and the city, creation of social meeting places, and the restoration of nature. These values are proposed to be seen in various scales ranging from city’s spatial organization to local development ideas. In the city scale, this could happen by suggesting a meeting between Green (adjacent green and open spaces) and Blue (river) with consideration of principles that could be categorized as environmental Integration (Integrating urban fabric and water), Social Integration (Integrating different social, age, sex, national and religious groups), and Planning Integration (Integrating formal planning methods with participative planning methods).

In the local scale, a garden near the river boundary is selected among current river development areas, which has been recently released from acquisition. This garden is located in close proximity to educational and cultural nodes such as a university and a shrine which gives it a great opportunity to attract various social groups.

Due to the Garden’s trees and vegetation density, optimized water supply system is required, thus a system on the basis of natural rules namely “Gravitational Force” and “Transmission of Fluid Pressure” is proposed that provides the garden water supply. Also, this system creates a border where Green (access stairs and pathways to the garden terraces and the river front) and Blue (pond, water distributor, and the river) meet and shape a venue to attract people. 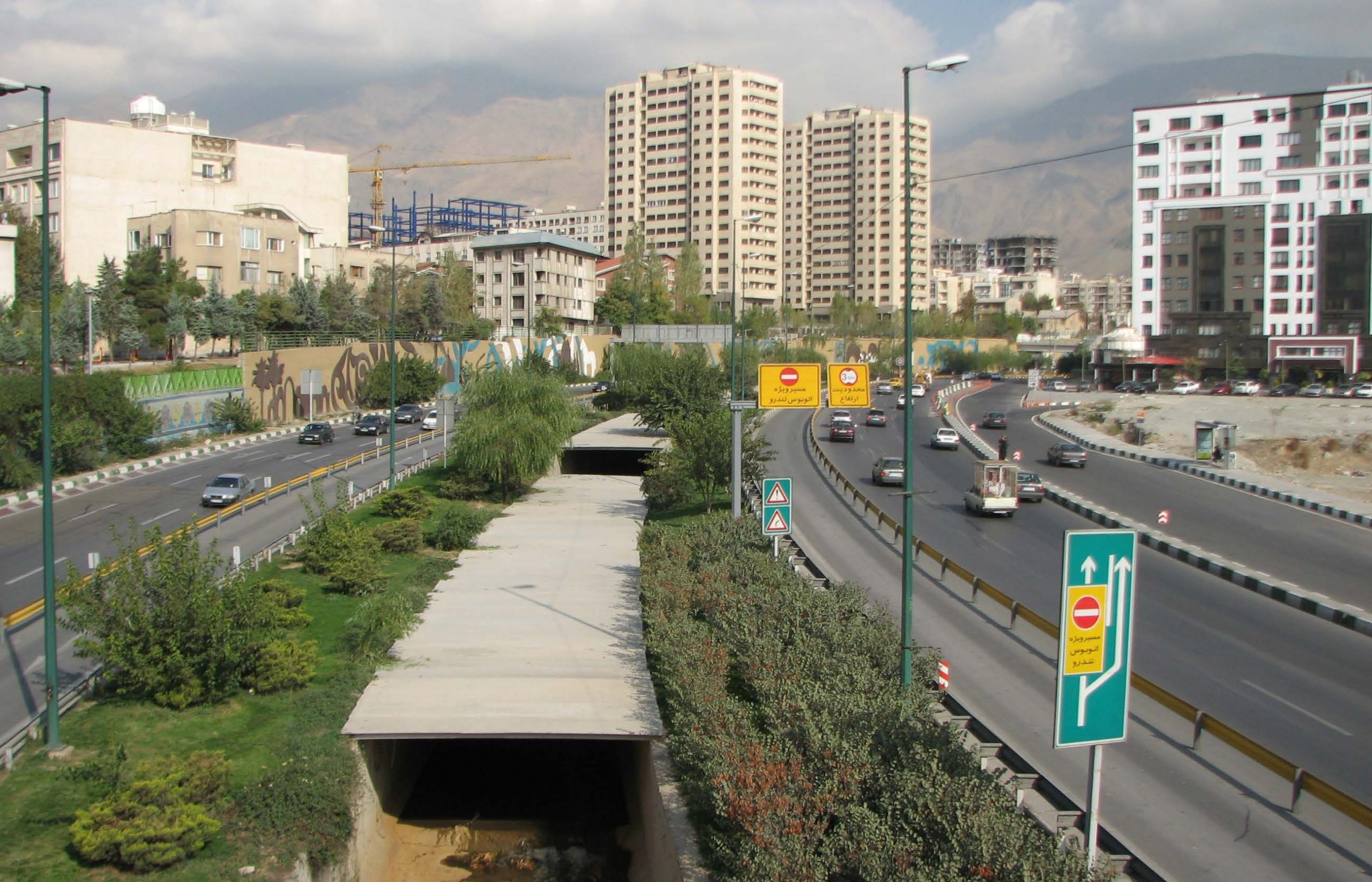