The central building of OIEC company is located in a land lot with the area of 3600 square meters in 12 stories above the ground floor and 10 stories underground, in the municipal district 10 of Tehran, in Kamraniyeh street, next to Pirouz alley. The main use of this complex is office area (OIEC company and 4 other subsidiary companies’ offices), 500-people amphitheater, business center’s temporary residence, VIP, and museum and gallery.

The main architectural idea of OIEC’s main building is in the contrast between the interior and the exterior. The contrast between the mass and the space which is reminiscent of a hardened shell with a melting core. The modular outer mass represents an organized and solid structure which has been formed around a dynamic and melting core. A core which is the emblem of discovery and spatial values and possibilities and is the energy source and the cause of the dynamicity of its surrounding mass.

Considering the water crisis affecting our country today, collecting and organizing the surface waters and using greywater in the design of large complexes is necessary. The design of OIEC complex has separated the circulation of drinking water from the water used for washing and watering the yard and by collecting and purifying the surface water and also using greywater in this cycle will improve water saving and usage. The geometrical model of the conceptual plan of the building’s architecture has been built. After that, the solution domain is put in a cube with a side of 400 meters and the mentioned building is located in the middle of this solution domain. Considering the geometry and direction of the building, it seems the speed of north-south wind is increased in the building’s shear, therefore, in this part the north-south wind current is examined.  In the picture, the lines of the wind current from north to south (up to down) are displayed. As seen in the picture, because of the north-south wind current two vortexes appear in the southern side of the building. Proportions and layout of the middle shear have resulted in the increase in the wind speed and relocation of the air mass and so takes the role of a microclimate with a natural supply of some of the required cold weather in the complex.

In addition to the supply and control of light and air conditioning which is accessible by the middle yard, it will have an important role in the control and improvement of energy in the complex.

Also, by the parametric design of the outer façade of the building and balancing its awning windows with the surrounding interior spaces’ depth, the amount of wasted energy from the façade’s shell in the winter and the amount of absorbed energy of the sun in the summer are controlled.

Some of the environmental goals defined in the architectural design of the OIEC building are: maximum use of sunlight and new energies, green space engineering and sustainable design, water and optimum use, used and changeable materials which both regulations of BREEAM and LEED cover these.

Nowadays with the technological developments and an increase in engineering details through the use of computers, designing and implementing free glass forms has been made possible. Also, engineering skills have improved structural elements and therefore resulted in the high transparency of glass shells.

In this project, a parametric form with standard details in the glass shells’ world has been used so in addition to the intended transparency and beauty, complex and costly details be avoided and the execution of the projects be further facilitated. The equivalent of these details has been used in projects such as MyZeil in Frankfurt and Westfield in London. 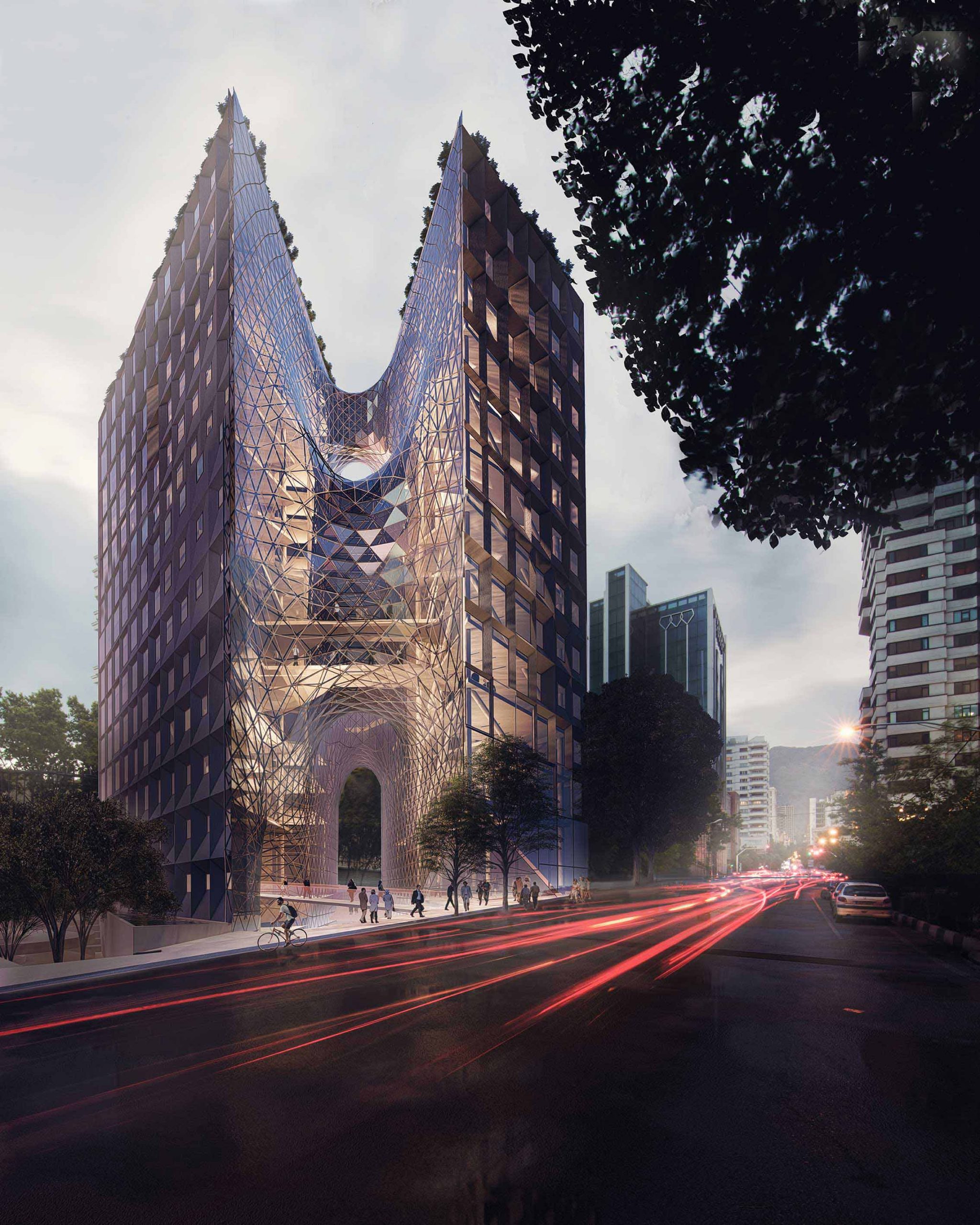 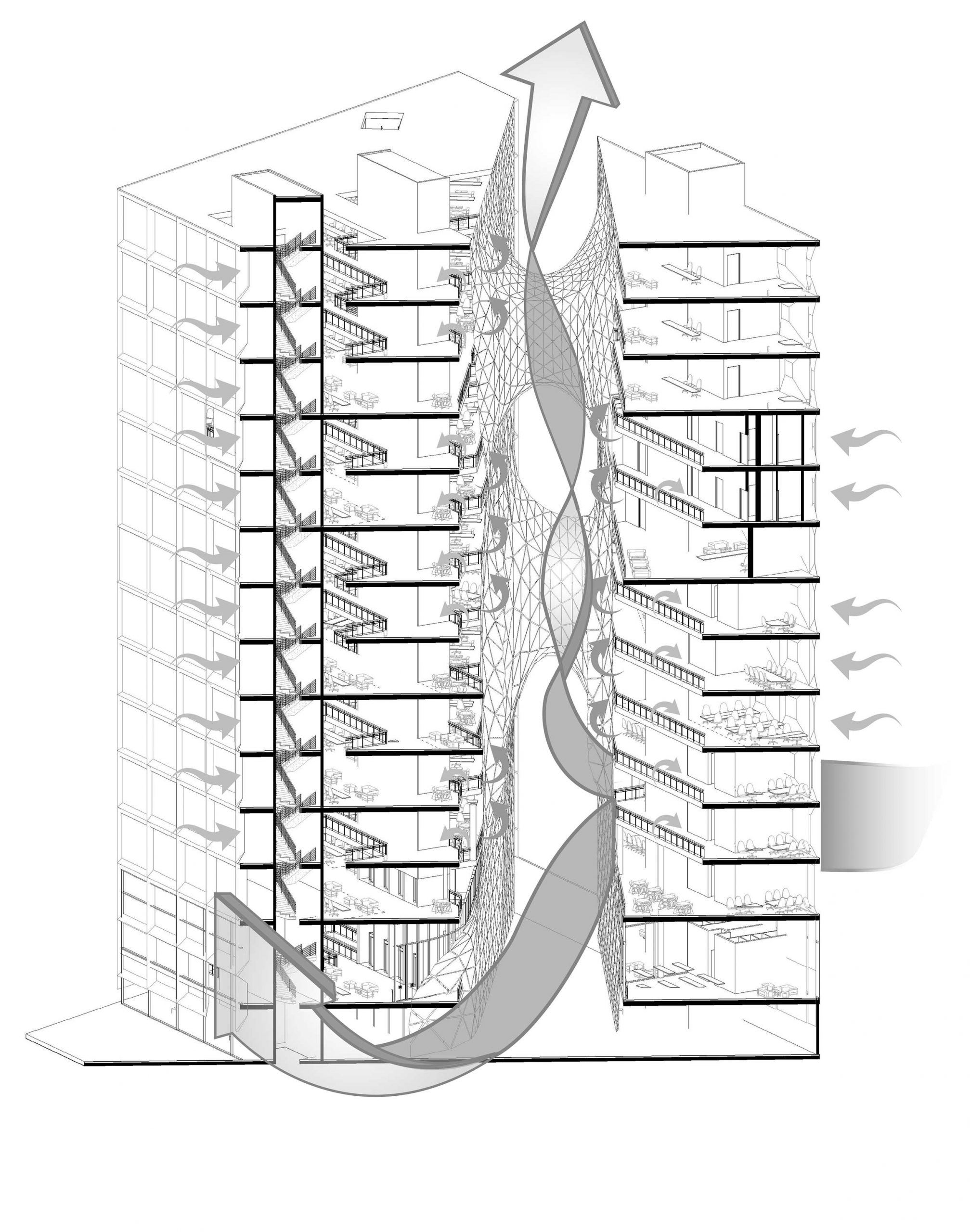