30 Tir Street, located in Tehran, is one of the few axes that due to its location in the historical zone of the city and the existence of important tourism and recreational activities, the daily time period of its activities is varied, and as a result, is very lively. Through the deployment of the strategic plan for turning the historical streets of ​​Tehran into pedestrian paths, the manner of using this street has been gradually changed from a street with only a through-traffic function to a recreational street.

The project of designing Landscape and urban facade design for 30 Tir Street in 2016 was prepared by the commission of the Municipality of District 12, in an area of ​​12,000 square meters. The most important goal of this plan is to anticipate the requirements that will facilitate the process of public attendance. This project has been designed in two parts: design of the ground and the facade and in three spatial sequences (according to the characteristics of the street). The range of the first space sequence includes historical buildings with a grange pattern. The second and third sequences include buildings that have a mixed pattern and are often built in the second Pahlavi period, as well as buildings with a shell facade that are more recently constructed.

In designing 30 Tir Street, by considering different types of enclosures and mixing activities in each of the spatial sequences and using the details of the facade, materials, colors, and compositions of the street environment, different approaches in urban facade design and formulation of ground rules are provided. 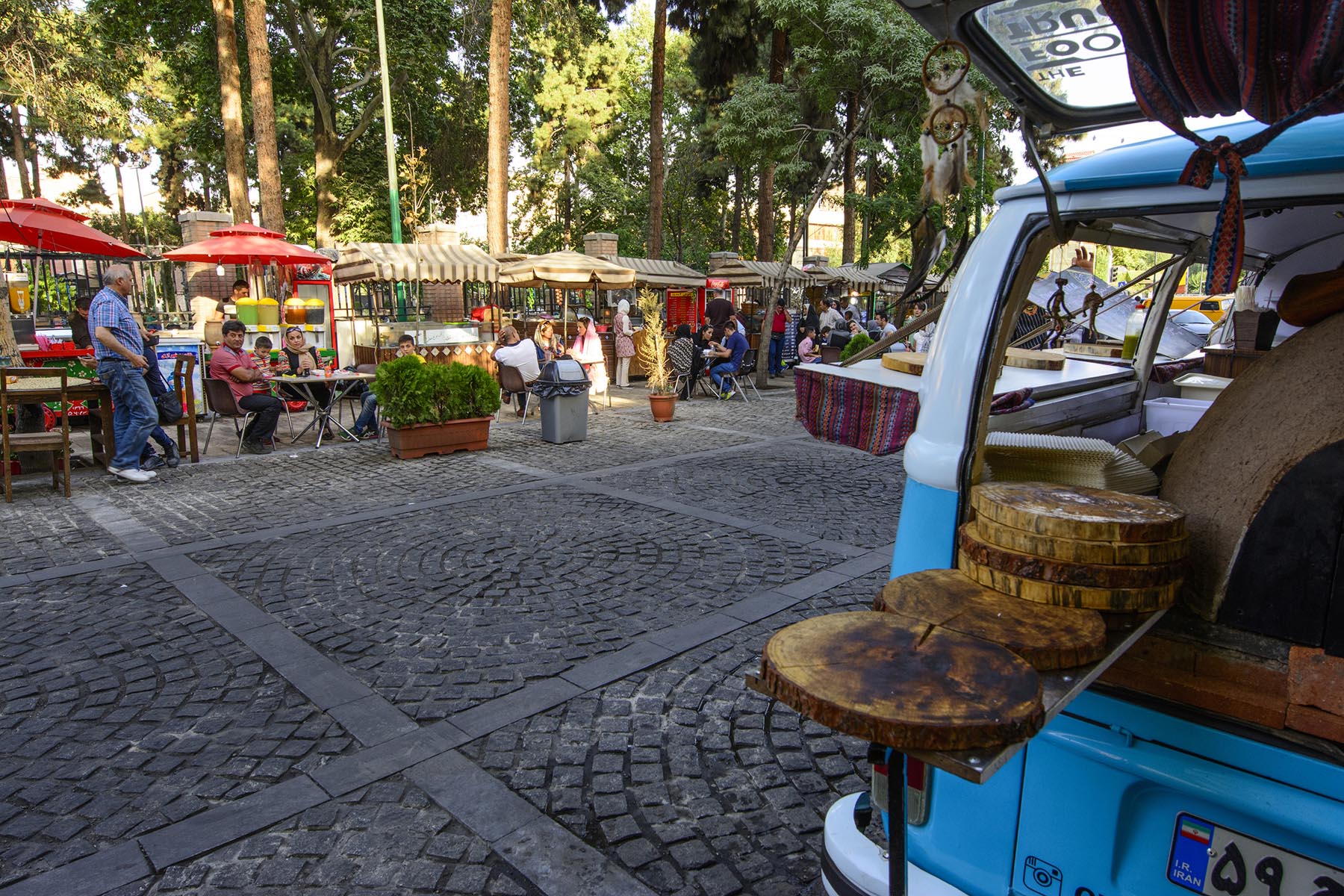 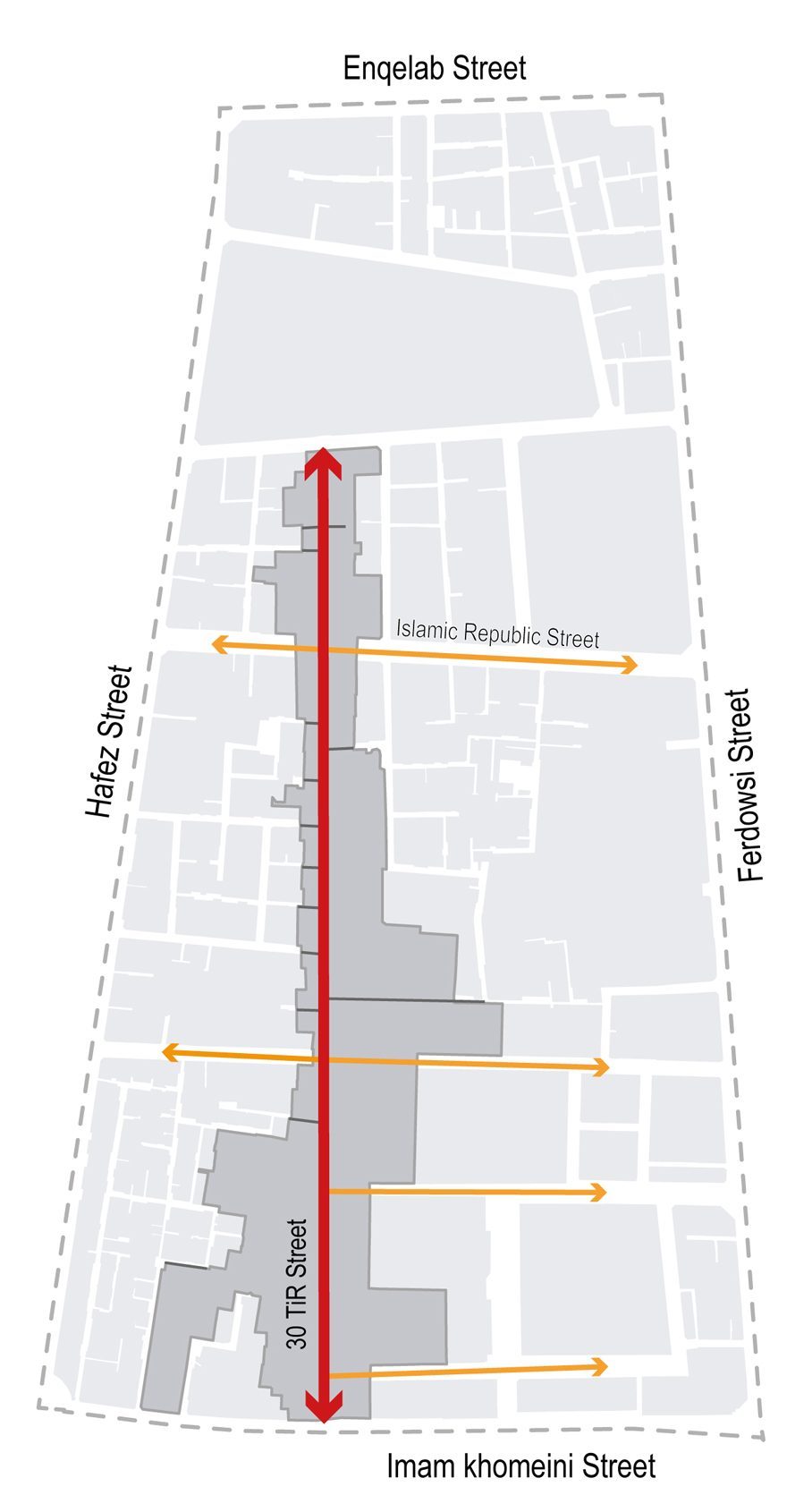 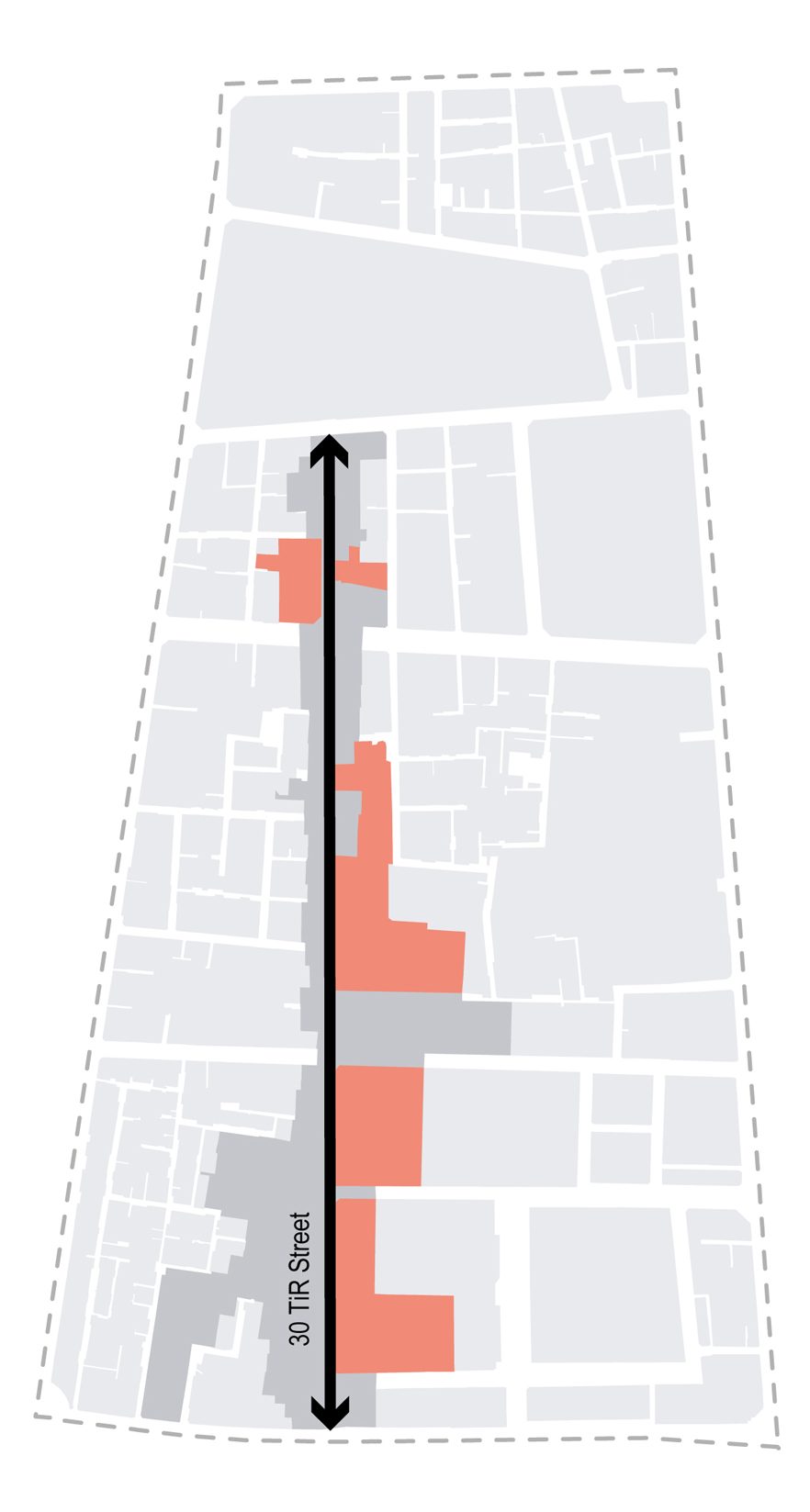