Rivers of Tehran, especially Darband and DarAbad have a double-edged essence. From one perspective, they hardly have a place in people’s image of the city , probably because of the simple fact that historically, the city’s water supply was based on a network of qanats. Hence, long before turning into canals, these rives were  considerable barriers for development instead of a vital source of life. From another perspective, they are a significant asset in regards to current environmental risks resulting from climate change.

In spite of the importance of these natural resources, inharmonious development of the cities, not basically embracing the natural environment potentials has disrupted the supposed built-natural balance. Gradual receding of urban rivers surrendering the natural setting to artificial concrete structures is an eyesore yet familiar example. Past decades uncoordinated conducts and the destructive effects of  simply eliminating rivers  from development process have  deprived both citizens and city management from its beneficiary so long. The trend led to even more reductive approach changing the canals to an unauthorized sewage network.  Whereas urban rivers are believed of the ability to play an influential role in rekindling the balance between built urban spaces and nature.

Tehran’s Rivers and Qanats Restoration is a project risen from problems stated above and aims to change current approaches with a hope to revive natural organs of Tehran. This plan was delegated to joint ventures including a River Engineering and an Urban studies consultant in form of three coordinated projects for the seven rivers of Tehran and was financed by the Engineering and Development Organization of the City of Tehran (EDOCT). 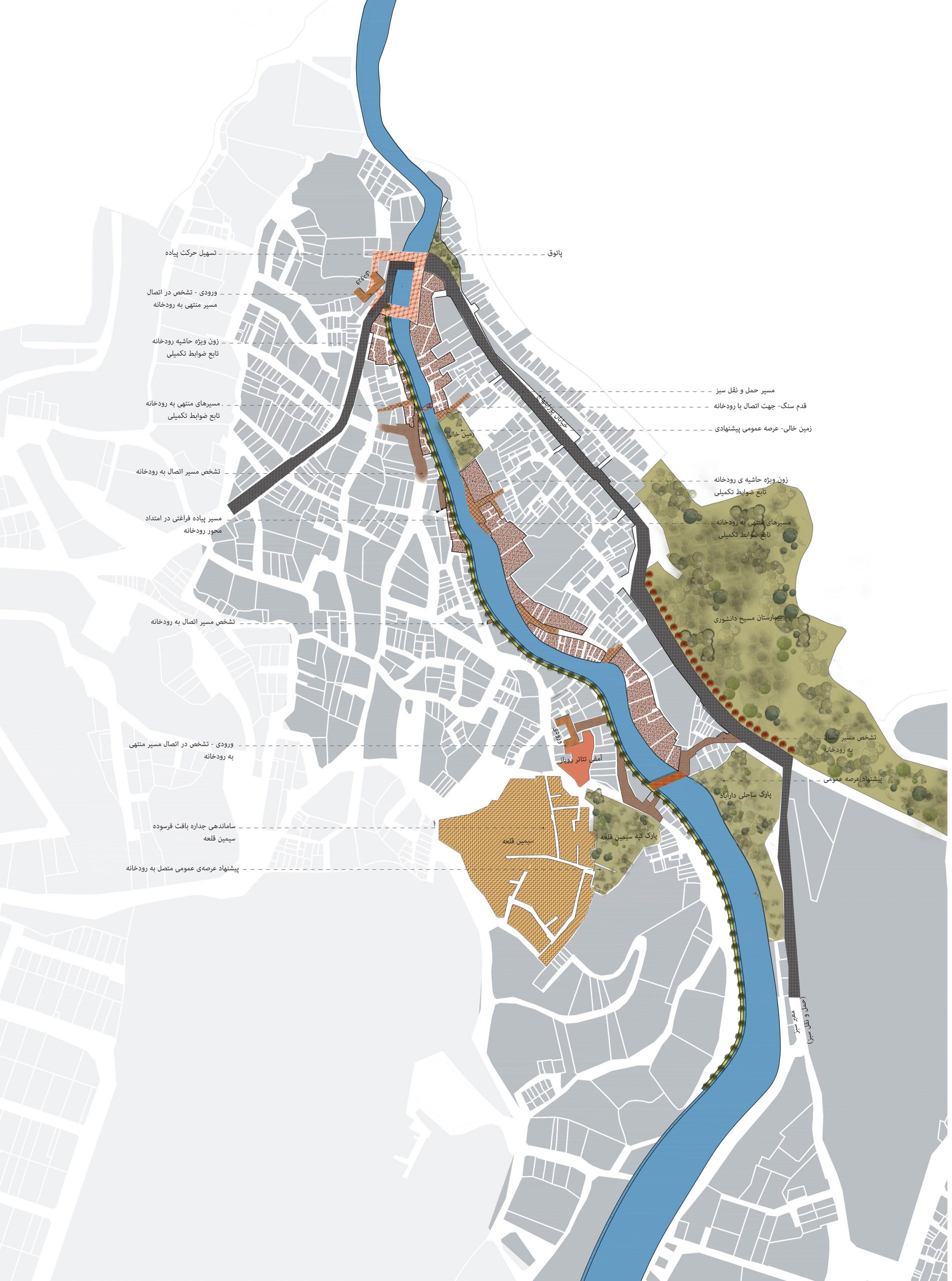