Immediate land lot of Velayat Park has an area of approximately 221 hectares. This lot is a section of a bigger land lot with an area of approximately 291 hectares which formerly belonged to Ghale Morghy barrack and before that to an airport with the same name and is located in the northern parts of region 19 of the 22 regions of Tehran. This lot has a roughly ellipse shape with the major diameter of 2140 meters in the northwest-southeast direction and the minor diameter of 1680 meters in the northeast-southwest direction. The development and rehabilitation plan of this lot in the agenda of this project is, in reality, the second phase of the development plan of the area which after the removal of the barrack’s fence was carried out in the initial establishment of parts of this lot for leisure and recreational spaces in connection with the surrounding texture.

The administration’s policies in the Third Plan of Economic, Social, and Cultural Developments of the Islamic Republic of Iran provided a suitable foundation for the city’s recapturing of those lots which in the past were in the hands of the military and as a result were for years inevitably left out of the urban planning. Of these examples are Ghale Morghy land lots which in 1928 were established as the first airport in Iran but in the later years were handed to the military and police force and were in use for military activities.

Tehran Municipality in 2009 set to buy these lots and after many negotiations achieved at first a 70% ownership and eventually the full ownership of the 291 hectares of these lots in 2010 in an agreement between the military and Tehran Municipality.In the next step, in order to rehabilitate and set the stage for the return and reconnection of these lots with the city texture, the Municipality vegetated the outer ring of this lot with an area of 65 hectares. Design and supervision with a short-term view which was handed to Atek Engineering Consultants in a contract in late 2010 included the equipping of the outer ring with vegetation, urban furniture and facilitating this area for the presence and movement of pedestrians and was carried out in three months.

Tehran Municipality, with regards to its effective role as a public organization and the fact that such a rare opportunity in Thran metropolis should not be wasted in short-term uses and needs, in the next step and after the first phase of the project, created a three-dimensional comprehensive plan for this lot which in October 21, 2011, was delegated to Negin Shahr Ayandeh Consulting Engineers and Fazaye Mozoun Mehr in form of three steps of development fields of studies and conceptual definition of the project, strategic planning studies and urban design, and studies and design of development organization of the lots. 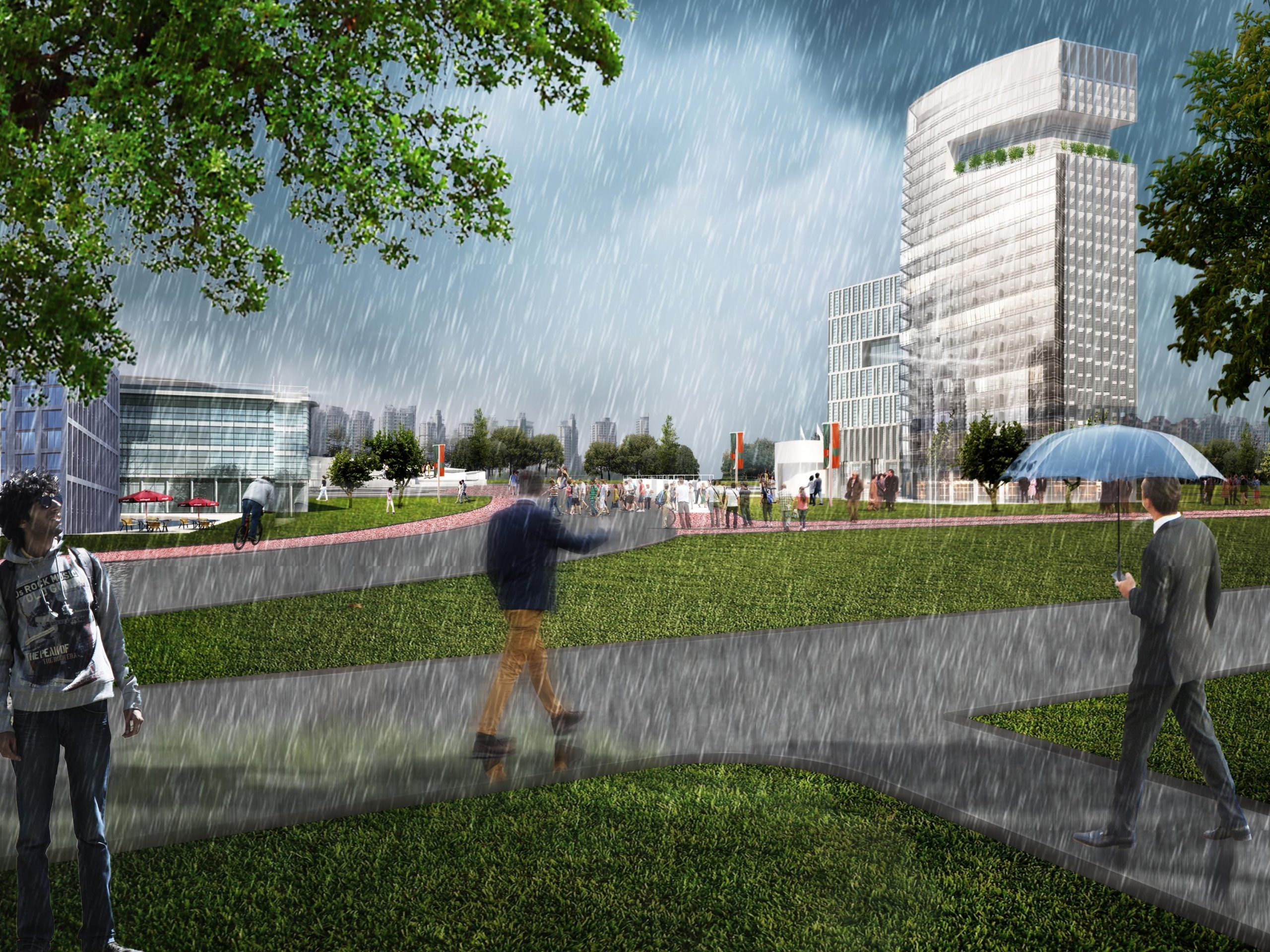 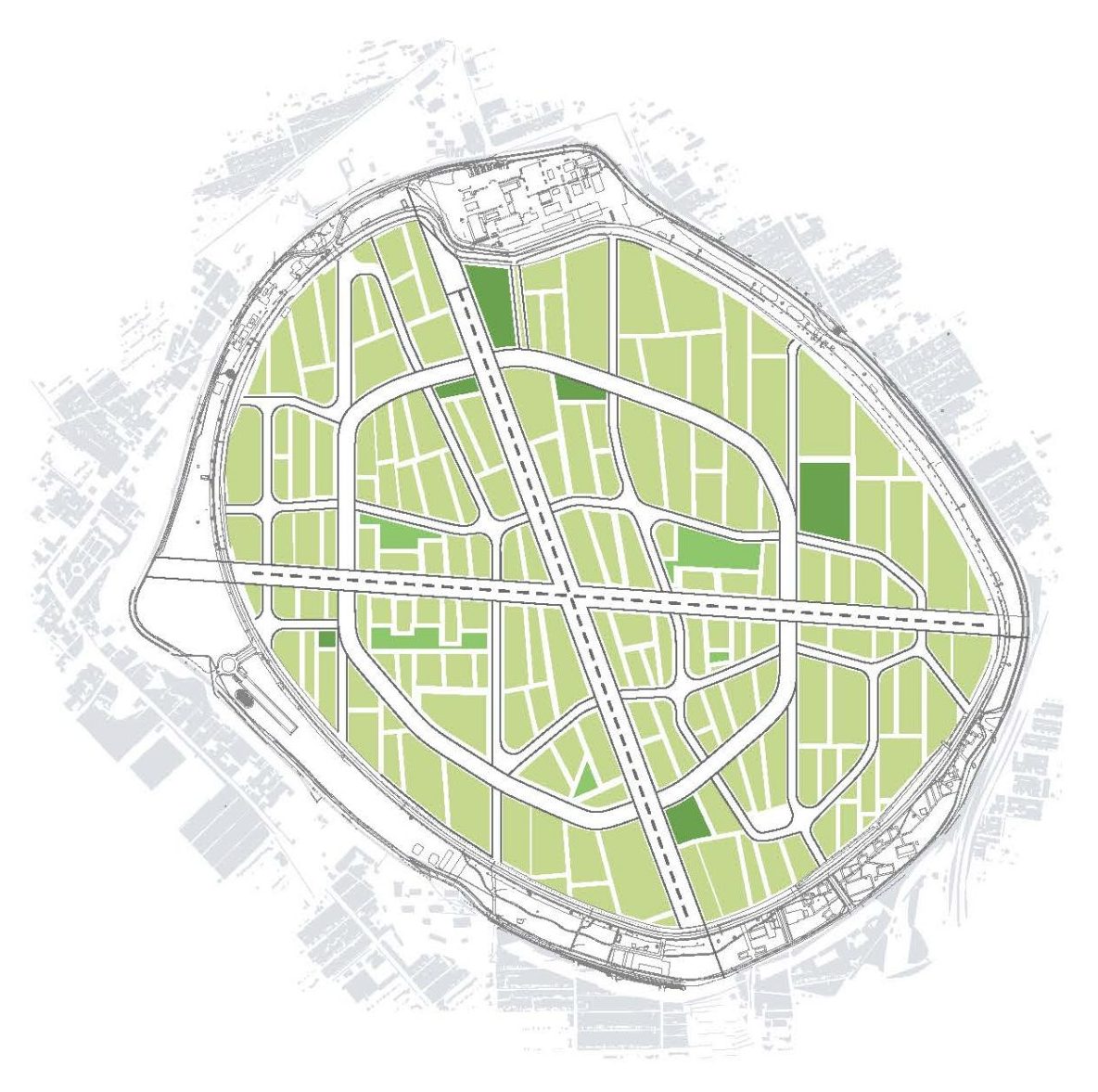 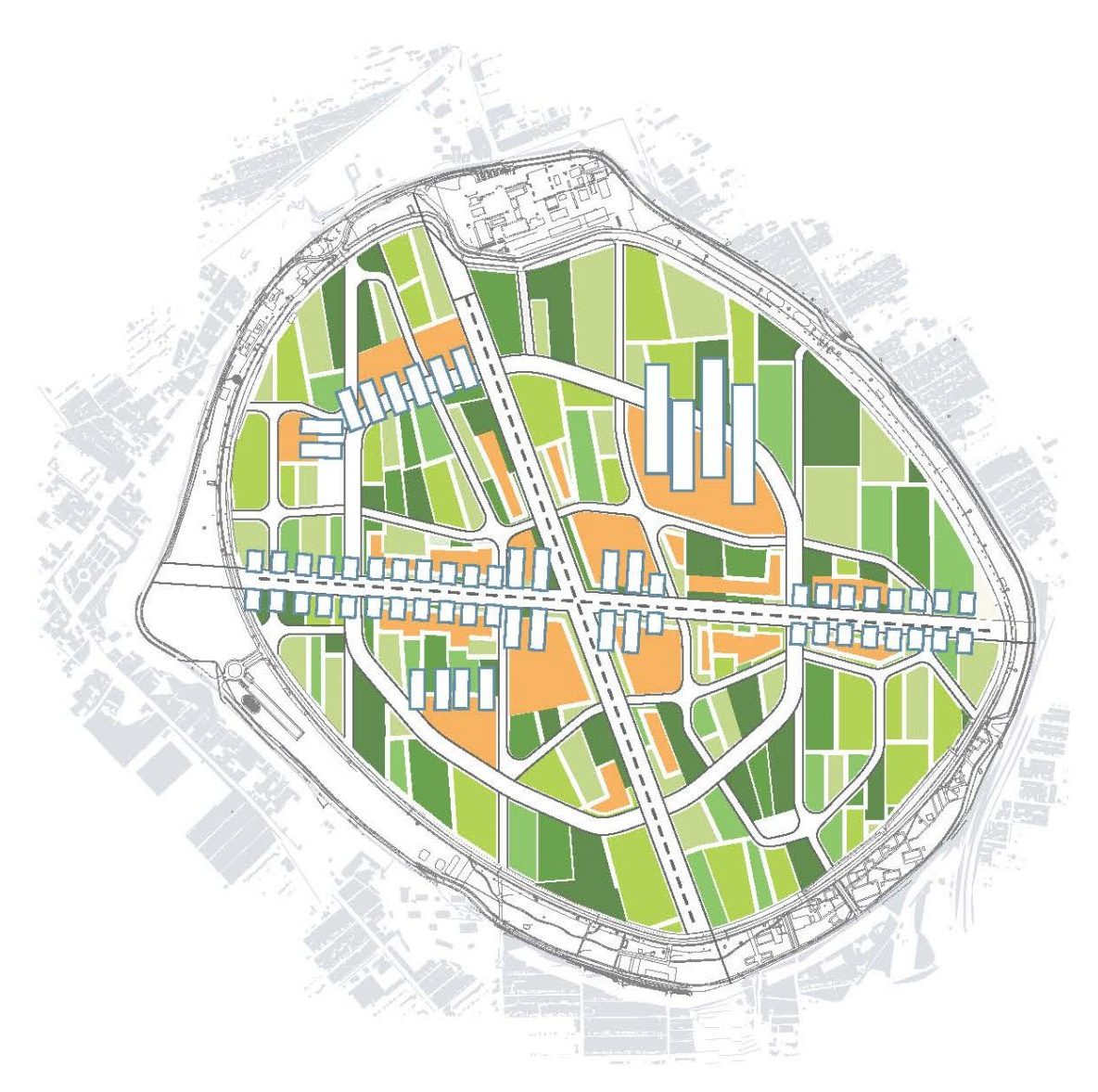