"I Am Designer" Campaign

Ali Naghavi Namini was invited by the “I Am Designer” movement to speak among the designers in various fields about the similarities in all the different design areas and the method of approaching design products – especially architecture – by the audience.

The 4th Conferance of Sustainable Building

The forth “Sustainable Building” convention. November 25th to 27th, 2019 Ali Naghavi Namini talked about the more interior layers of sustainability in the discussion panel of this convention. He criticized the cumbersome regulation in the field of construction using a few projects designed and built by NESHA and the concept of “Receptive Regulations”. The discussed research in this convention was conducted in collaboration with Asal Moradi.

The history of Architecture is full of designs that were never built. The seventh “Triangle” event is focused on such projects that are well-known for various reasons. Ali Naghavi Namini introduced one of the most important examples: OMA project for the International Commerce Center of Iran in the Iran Mall complex. Naghavi, the plan manager, spoke of the details of the project, the creativity of the design team in spite of various restrictions, and the causes of not implementing the design. 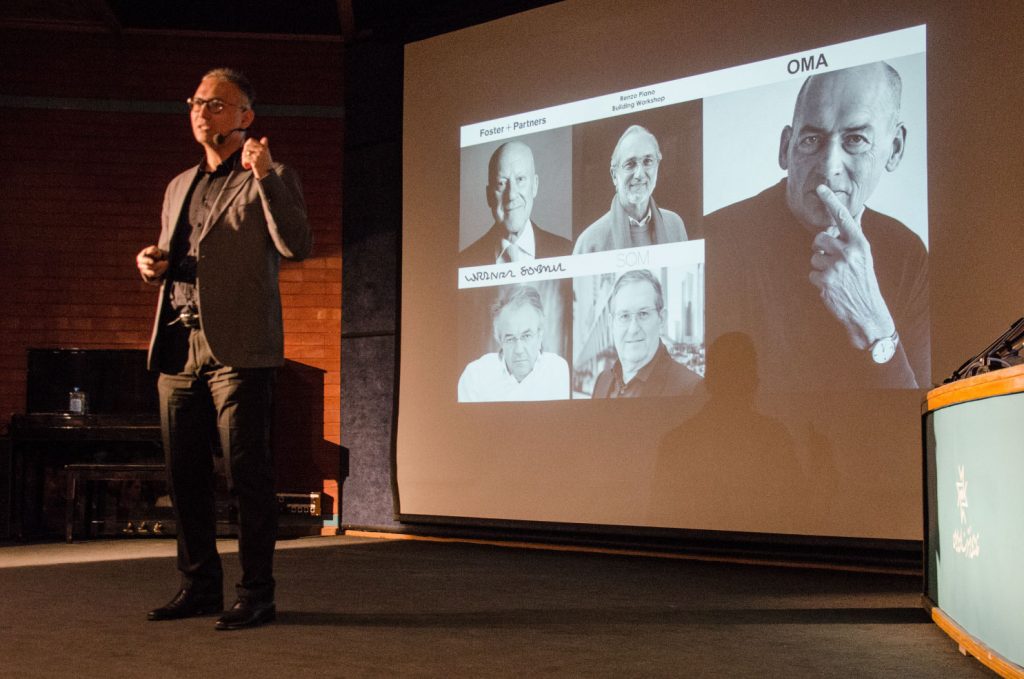 How can we create solutions based on urban development plans that render the class or gender exclusive urban public spaces more welcoming to various social groups including women? In this Amirkabir TEDx talk, Shadi Azizi PhD. spoke about the role of public transportation and pedestrian paths of the historic center of Tehran in the transformation of demographic classification of Tehran Bazaar. 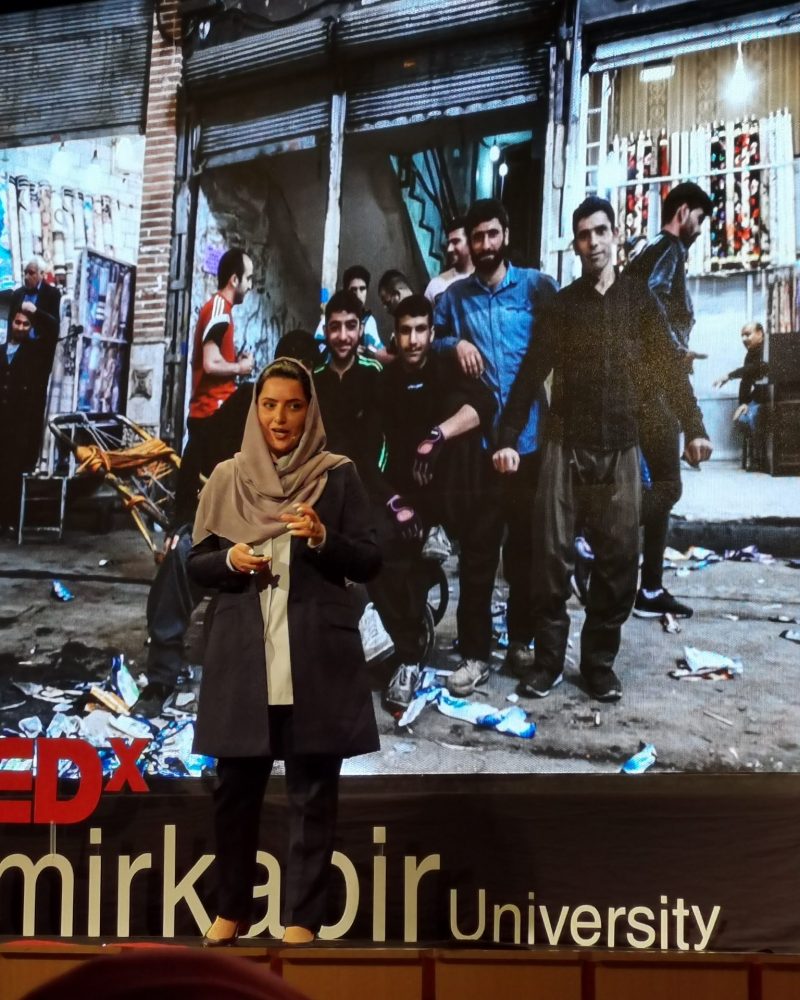 The 8th “Dialogue sessions”, titled a Glance at NESHA Architecture and Design Approach, was held by the Institute of Architecture and Urbanism of Alborz in February 25th , 2019 in Karaj, Where Ali Naghavi Namini outlined NESHA design approaches & experiences. 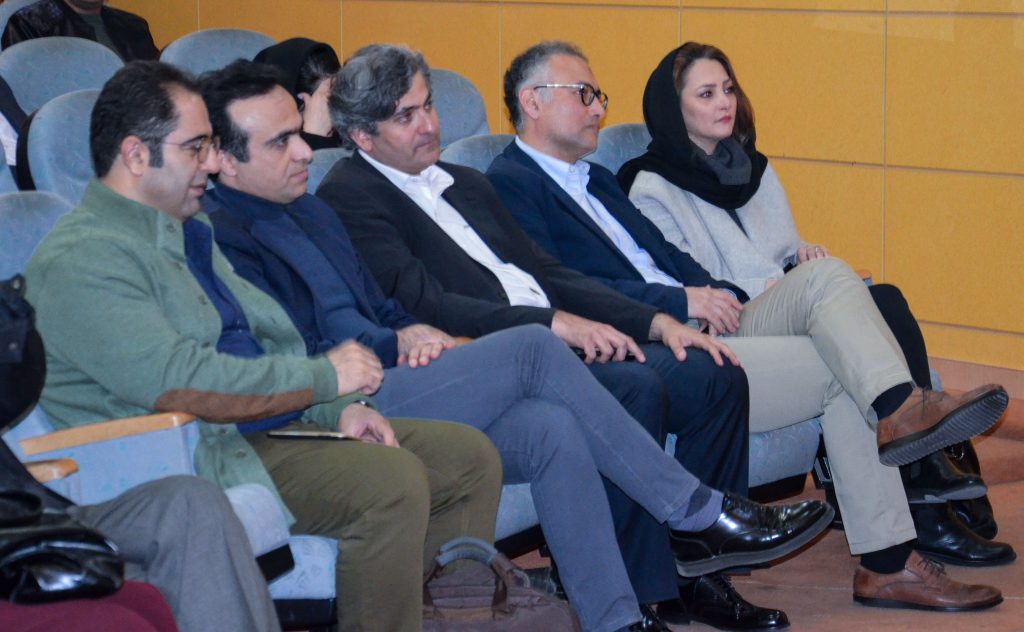 The winners of Iran Urban Expo 2019 were announced on Monday, January 15th. The Expo which was held on 13th to 15th January in Tehran, was dedicated to Housing and Urban Regeneration. On the last day, the best pavilions of Iran Urban Expo 2019 were awarded. The awards were divided into two categories, with six selected pavilion each: MRUD and Municipalities. NESHA team proudly announces that Kurdistan pavilion was among the first six selected pavilions and was awarded and praised as the outstanding. 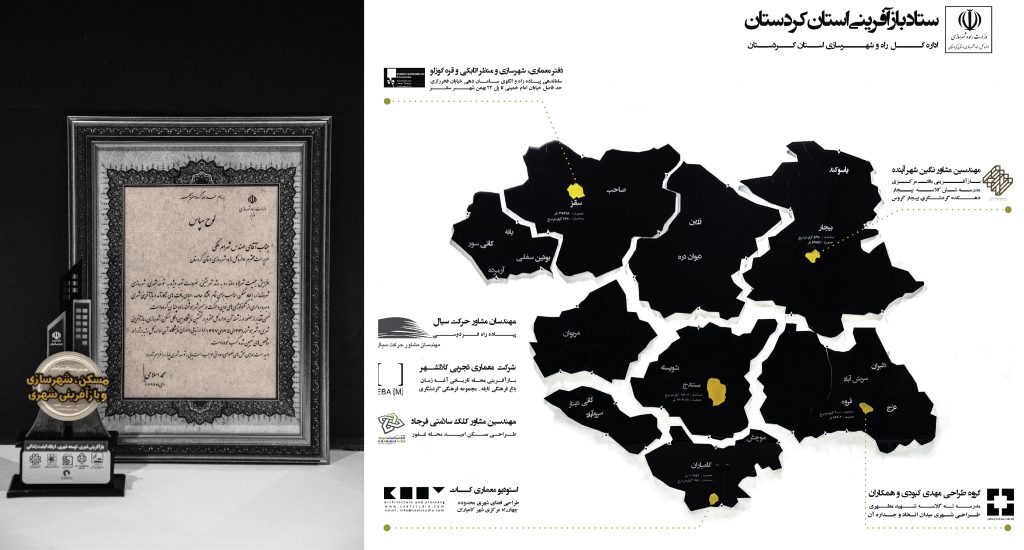 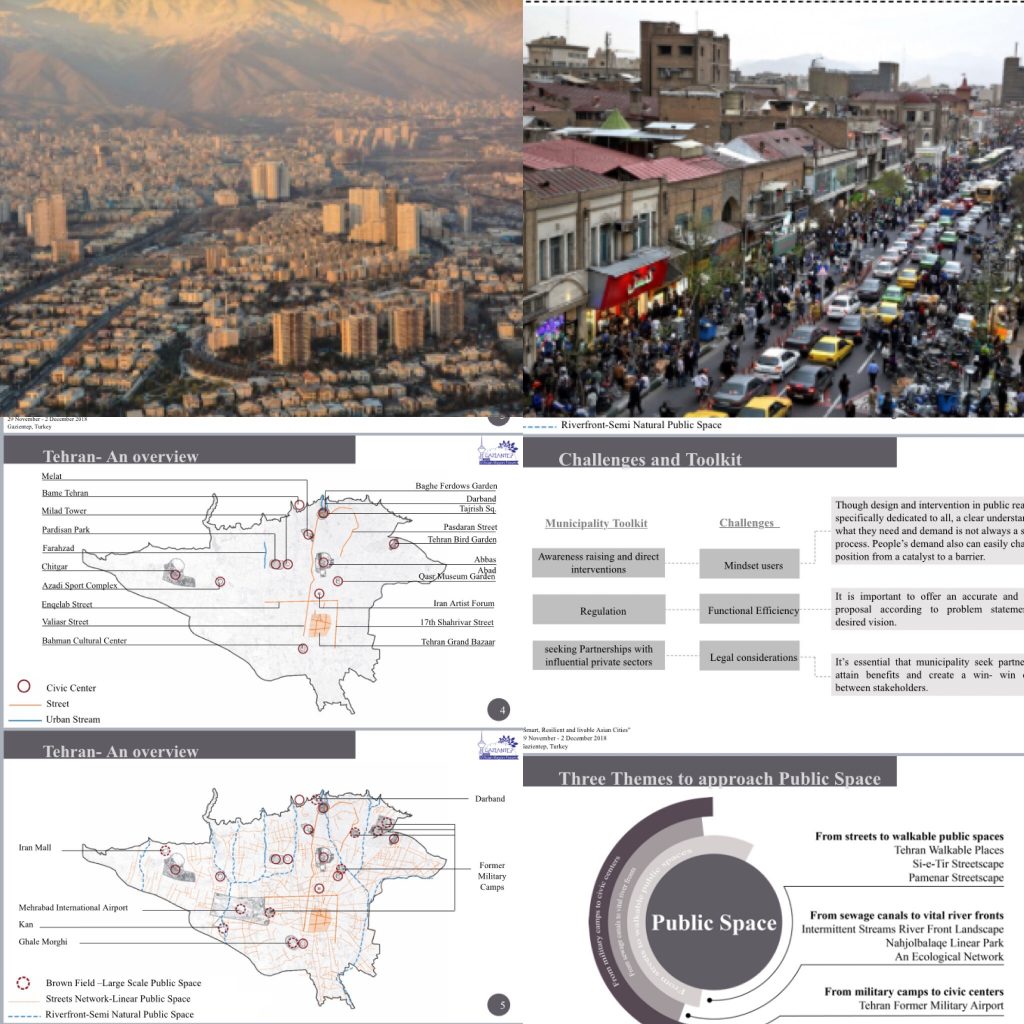 Asian mayors,officials,academics and practitioners all took part in Asian Mayor Forum in (29 November-2 December) 2018 to share their knowledge and experiences about sustainable , resilience and livable city. Lecture which was presented by Dr.Shadi Azizi focused on Leveling up livability in Tehran through reframing forgotten assets: The evolution story of military camps, rivers and streets 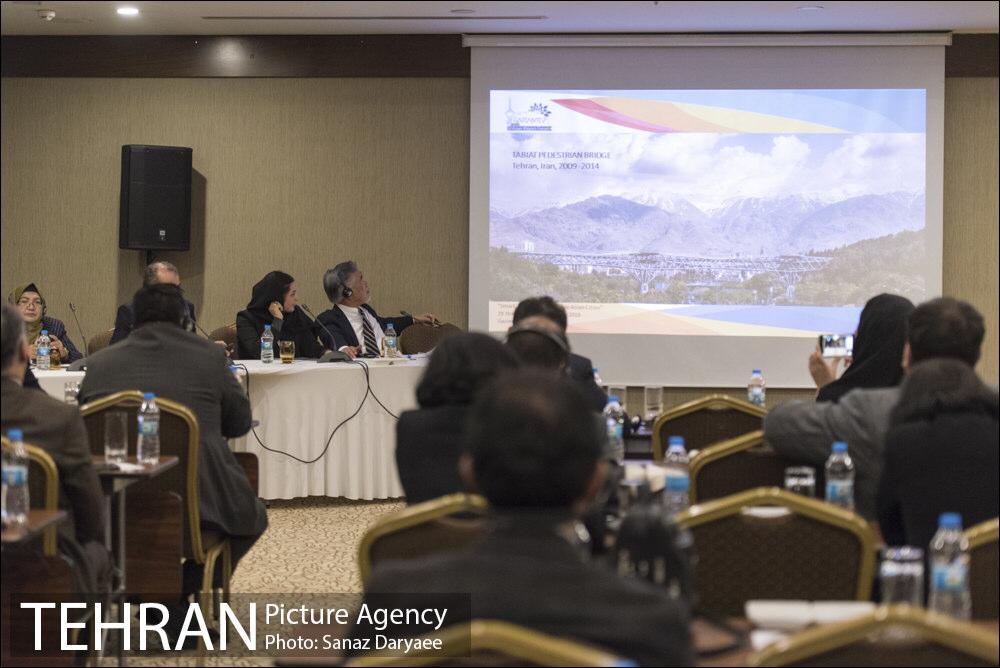 “The construction industry developments exhibition, CIDEX 2018, will be held in the exhibition hall of Iran Mall from May 1st until 4th, 2018. ‘Yamam Sazeh’ corporation works as a Developer and a General Contractor and has delegated the design of its booth in the exhibition, with the area of 120 square meters, to NESHA firm. Considering the role of Knowledge-Based management in Yamam Sazeh, its booth was designed based on the idea to provide the opportunity for interaction and knowledge transfer between this company and other corporations and visitors in this limited area. Therefore, the center of the booth is dedicated to showcasing the scientific achievements of this company. Surrounding the central presentation area, a few chambers, including information chamber for introducing Yamam Sazeh and playing recorded lectures, virtual reality chamber and introducing 3d and 4d models of the projects, and meeting room for holding more private meetings, have been placed; and with the goal of increasing the interaction level have been designed with utmost clarity.” 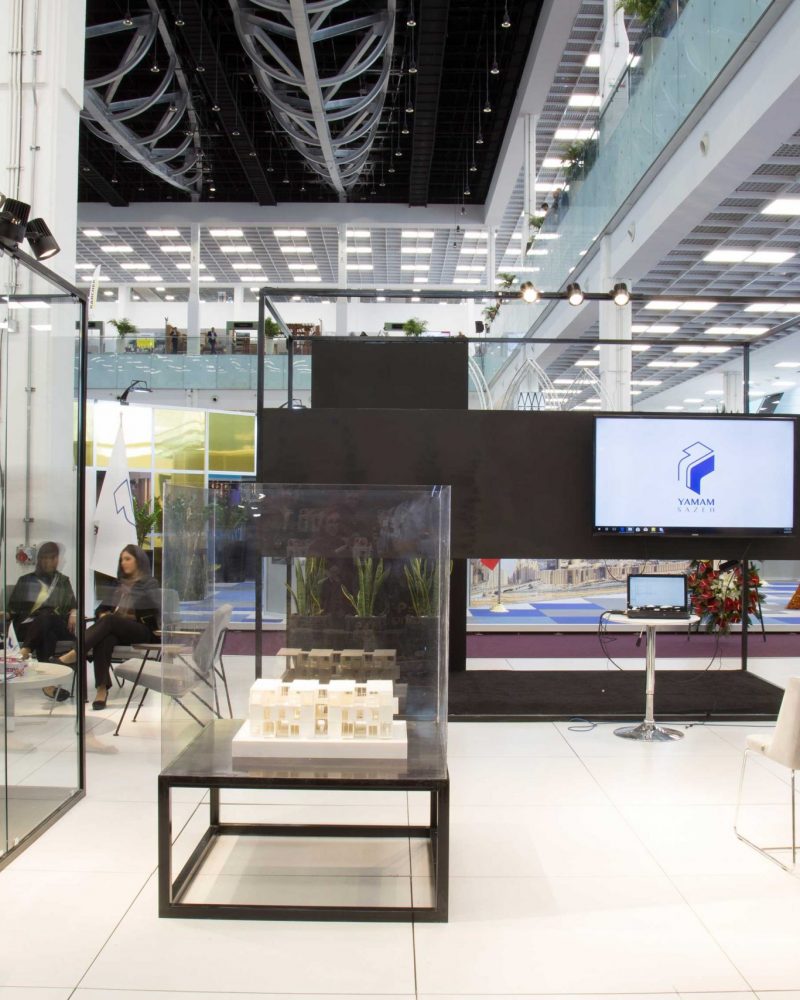 This exhibition will be held in the Archi-Depot complex in Tokyo for two months and organized in three parts. Part one is focused on the second Pahlavi period and consist of over 20 projects including Azadi Monument, The City Theatre, The museum of contemporary arts, Senate of Iran, Niavaran Cultural complex, Carpet museum, etc. They are introduced and documented through models, films, slides and tabloids. In part two, project from distinguished Iranian and Japanese architects designed for Iran which were not built due to the 1979 revolution will be introduced. In part three a few of the contemporary build projects of Iran in the four groups of public projects [icon], residential and office projects [In fill], Monad projects and [Un built] highly developed projects will be introduced including the national library and academies of Iran by Hadi Mirmiran, and Tabriz SMP Tower by Bahram Shirdel.

After the exhibition in Tokyo, plans have been made to exhibit the program in Tehran, Isfahan, Shiraz and Mashhad which hopefully with the completion and publication of the exhibition book and an examining paper from Tokyo lto, Arota Isozaki and Iranian researchers, will help to improve on the status of Iranian architecture.

In the end we should mention and thank the Architectural Institute of Japan [AIJ], Professor Richi Miyake, Professor Arata Isozaki for organizing the event in Japan and the society of consultant engineers of Iran for moral support, the holding Azarestan group for financial support and multiple companies and groups whose names and logos are one the posters for support in the areas of media and technical programming. Also we would like to thank Ali Kermanian as the director and the research and performance group including Mehran Haghbin, Ali Naghavi Namini and also, Shahab Mirzaeian, Mehran Gharleghi and Siamak Farshchi.

Different approaches towards the identity of Iranian architecture

From Pahlavi dynasty to Islamic revolution, then post-revolutionary period